The new camranger is quicker, has more features, and overall is a welcome addition to my kit and a worthy successor the original CamRanger.

The CameRanger 2 is an awesome product. It works as advertised! The only issue I came across was having trouble figuring out how to set a initial delay. It was simple on the original CamRanger, but I emailed CamRanger and they were quick to respond with a simple workaround! I highly recommend it!

Using these three products makes wildlife photography a breeze. I have the tripod and setup on my deck, focused on my bird feeders and take the shot inside using the iPad. I used the mini before but the Camranger 2 is a vast improvment.

Very nice upgrade over my previous CamRanger 1. I like the increased speed without having to shoot raw +jpg. The new app with all the extra features and ease of use makes photo sessions quicker and easier and clients prefer the pinch/squeeze more than the previous double tap only option for reviewing images. Great indispensable camera accessory.

Used it with a Nikon Z7, 750 and 610. Range is great. I used it for medical documentation – I could see what the photographer was framing. I also used it for wildlife photography from a place where I could not see the camera. Connection was speedy and reliable.

As long as the functionality has been around, we have tethered our computer to our cameras. Even in real estate photography, we carried a table, computer and cables up and down stairs, from room to room. Tripped over tether cables on commercial shoots. CamRanger was the single-most important accessory we have ever purchased for our photography business, saving us hundreds of hours every year as well as making our job easier. CamRanger was a game-changer for us. A camera and an iPad are all we need…

I’ve used the original CamRanger for years to shoot architectural photography. After concentrating more on video, I was excited that CamRanger 2 supported video and even more, Fuji cameras (which I’ve added to my Canon kit). I was testing the beta version of the Windows PC CamRanger software and after having an issue with one of the video controls. I reached out to tech support. Dave is amazing! He worked over the weekend to help with the issue and delivered a fresh software version with the fix. I used it for a job the following day and had CamRanger 2 running live at an event for 8 hours on a Canon EOS R. It was solid and the transferring of videos wirelessly was more stable than any other method we’ve tried. Very excited about the updates and the new CamRanger (which is more solid and robust than the original). We’ll be ordering a couple more for our Los Angeles studio. Thanks Dave and everyone at CamRanger!

Used the first camranger for years without problems with my Nikons during weddings and many situations where the camera was mounted on high stativs.
Now I bought the new one because wifi speed increased significant and yes, it works realy fast and it seems like connected with cable.
Thank you for this extremely useful tool!

I have had the CamRanger for a number of years, and I admit that I never used it as much as I should have. I recently took on a project of taking macro mushroom images and it came into its own. I had been contemplating the CamRanger 2 for a while, and the auto image stacking sealed the deal. After a few questions and a lot of patience from Dave I am now where I want to be and am looking at more and more ways, and scenario’s that I can put this into use, and I carry it wherever I take my camera equipment.

I shoot exclusively with canon cameras and the CamRanger2 has at some point been attached to each (landscape, wildlife, macro, portraits and focus stacking). The speed in which photos are available for viewing is a big plus and the app compliments the iPad Pro extremely well. In addition customer support is simply outstanding. You will not be disappointed…

Still using my Canon 5d mkiii until Canon comes out with a great mirrorless 5d mk v. But I think that’s what a lot of us are waiting for.
I been using the CamRanger 2 for portrait work. So nice to set everything from the CamRanger and get my photos instantly and wirelessly. Also, the real fun has been doing some macro work, using the focus stacking and playing around with the flash and iso. Just makes everything so simple and fast that you’ll want to experiment and do things you just didn’t have time for in the past.
Time to get this. It’s primed for future cameras as well as the one I have.

This thing is awesome. I was so tired of worrying about the tether cord to my computer and now it’s gone. I am pushing small jpg files to an iPad Pro for clients and no longer worrying about sending them through that damn tether cord. The fact that my Sony A7R4 let’s me specify sending only a small jpg to the CamRanger means that I no longer have to worry about my computer trying to ingest and render huge raw files.

This Camranger 2 is a huge improvement over the original. It is better built, faster and has so much more features. This is a must buy for any photographer trying to take their photos to the next level in creativity.

Love it! Definitely helps to improve my shooting workflow and customer experience. The app works well and David offers very quick and helpful service. I highly recommend it to those that want to shoot tethered without all the wires!

I written an earlier review having trouble with A7R2 but David was quick to fix the problem with a setting within the camera and now works a dream!
Very quick and responsive, good connection and the app display is fantastic.. looking forward to testing it more

I use it with my Canon 5dMIV for architectural work. There’s too many improvements over the original CamRanger to go through a list, but my favorite thing to date is the SPEED! I updated to the newest Firmware, disabled one of the WiFi outputs to save battery life, and now I’m rocking away with this V2! Thanks Dave!

I used the original CamRanger and have found the CamRanger 2 has better range, better battery life and makes focus stacking much easier.

I love, love, love the CamRanger 2 for use with my Sony A7R3! I do portrait work and being able to immediately see shots as I take them is a tremendous time saver. It allows me to get lighting feedback quickly so I can adjust my settings and positions easily without having to trust the small screen on my camera. I typically control the camera settings on the camera when doing hand-held shots but I can really see an advantage to being able to adjust in the CamRanger software for times I’m using a tripod. Thanks CamRanger for having it available for Sony! It’s the best piece of gear I’ve I’ve purchased in quite some time!

I move from Canon to Sony. I missed the functionality that CamRanger had given me on the Canon. I am now very happy to have regained that functionality with CamRanger 2 on the Sony. I’m one happy customer.

All the professional cameras I’ve owned over the last 5 years or so have had built in wifi with a proprietary app. The problem with all of them including the most recent cameras I have, Canon EOS R and Sony a7 III is that the range, speed, reliability and functionality of the built in wireless just isn’t great. I shoot real estate and architectural photography all day everyday, pretty much every shot in tethered to my ipad and after trying other cheaper 3rd party wireless devices I found the original cam ranger and never looked back, and when the Camrange 2 was announced I vowed I was ordering it the second it was announced, which I literally did in the middle of a shoot from my cell phone. The amount of camera functions you can control is comprehensive. It allows you to not only review your shot but to go back through the shoot and compare past images, which with other apps requires that the images be saved to the ipad which fills up your memory very quickly. The speed is great, range is great, battery life is great, I just love this thing, and now it works with Sony! I love my Sony camera but it’s built in wifi is particularly horrible, slow, buggy and frustrating to use. Now it’s much closer to the great performance I’ve always had with my Canon bodies. You won’t be disappointed with this product.

CamRanger has been an integral part of my photography kit for several years and so I was eager too get my hands on the new model. I have to say it hasn’t disappointed. As a property photographer I use a 22m mast system and so CamRanger is the perfect tool for controlling a full frame dslr from the ground. The key features that work for me on the new model are the ability to pinch and zoom images, and the on-screen spirit level. 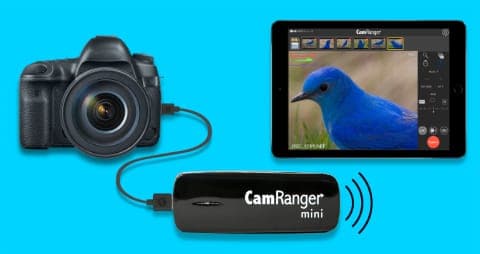 Advanced wireless camera control, in a smaller size, at a smaller price.

Do More with your Camera

Wireless tethering has many uses, enabling photographers to get better shots and in less time. The CamRanger can open up new possibilities. 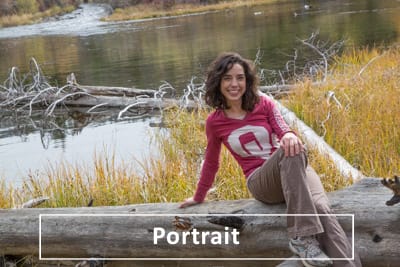 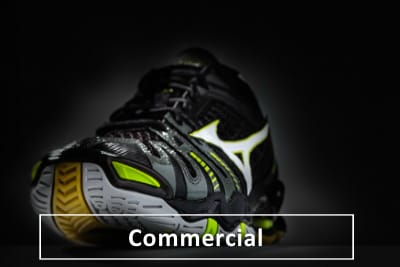 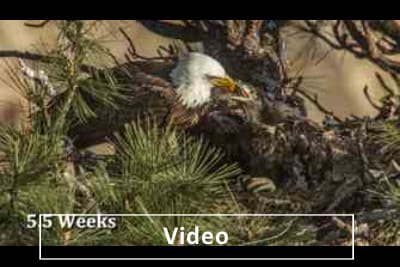 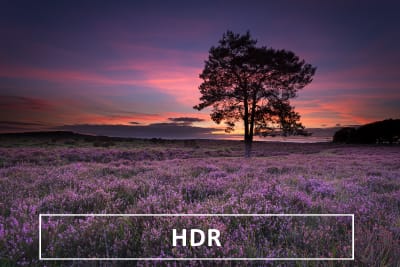 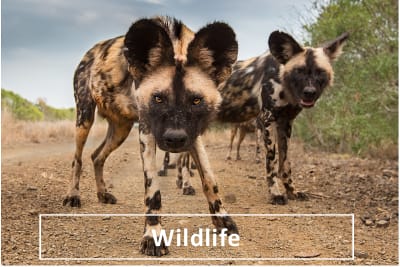 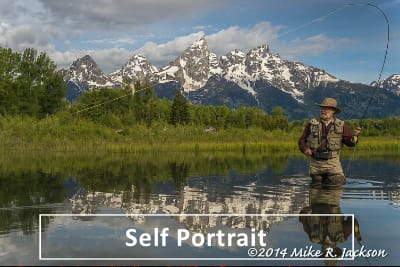 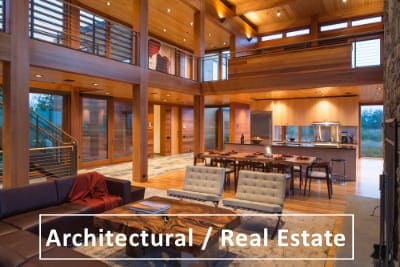 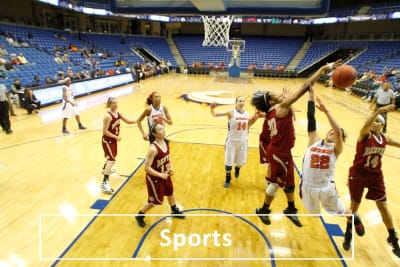 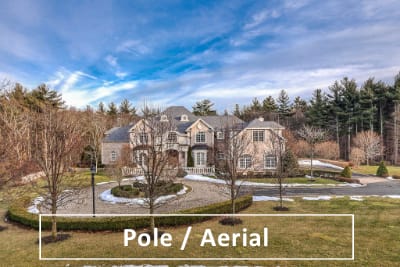 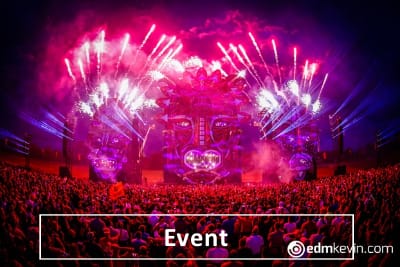 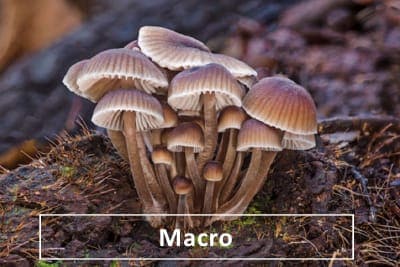 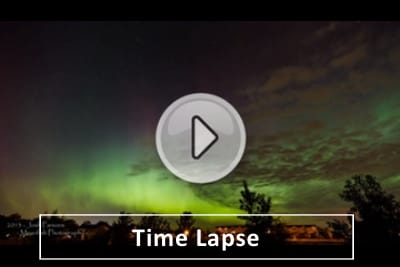 The original and best

In 2012, the original CamRanger revolutionized wireless tethering and since then has been the top choice for photographers. We are dedicated to producing professional level technical solutions and top-notch support. These efforts have certainly been recognized in the industry.

Wirelessly control your camera with the CamRanger generated WiFi network. Or shoot from your camera and wirelessly transfer images to a phone, tablet, or computer.

Capture images remotely or with the camera. View full resolution images to check composition and exposure. Zoom in to check details.

Wirelessly stream live view to your iPad, iPhone, Android device, or Mac or Windows computer.  Check focus by zooming in.

Wirelessly record movies to view and edit later. Start and stop recording, adjust focus, and see what is being recorded.

Perfect for macro photography where your camera is in awkward locations or very precise focus control is needed. Use automatic focus stacking for enhanced depth of field.

Remotely pan and tilt your camera with the optional PT Hub and MP-360 motorized tripod head.